The best cars for extreme environments 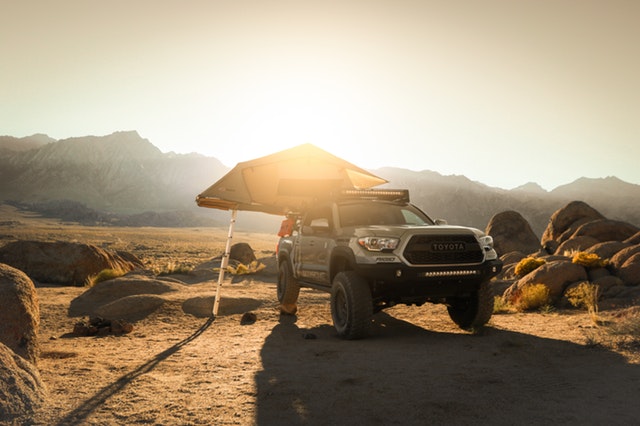 Sometimes, your own car is the best partner for any kind of adventure, but rather than driving through paved roads to reach a destination, the road itself can be the adventure and might be far from pavement. Driving through snow, sand, mud and other environments is not for every driver and nor every vehicle either, but there are many models out there that can provide you the best experience on doing it. Do you want to know which ones are they? Then, keep reading and be amazed by the best cars made for extreme environments.

Let’s start with mud and dust where one of the best performances is made by the Jeep Grand Cherokee Trailhawk. It was developed to move aside from comfy SUVs and concentrate on rough roads that can be tolerated thanks to an air suspension that elevates the vehicle around 2.6 inches from its original position. This SUV comes with an armored underside that resists whatever it tries to damage it and some hooks that can help this beast get any other lesser vehicle get out from a jam. It counts with a four wheel drive to surpass every obstacle and a comfy interior to remind you you’re in a Jeep.

Now let’s talk about a humble yet colossal vehicle, the Honda Ridgeline. Its V6 engine gives it a great power while running almost 25 miles per gallon while carrying all its capacity. The rear gate is friendly with what must be carried as it can be put down or opened from a side. It counts with a truck bed that holds a great amount of space for package or even to be used as a sleeping station (Honda might include a tent to complete the transformation). Also, the Ridgeline has the appearance of a SUV with a pick up trunk that makes it elegant for city-like environments.

Next, we find a beast designed for pavement that behaves so well in harsh conditions that couldn’t be left out. The Nissan Pathfinder counts with a continuous variable transmission that lets you adapt the car to almost every environment. It can do well on sandy paths as it has descent control and an Around View Monitor that lets the driver spot boulders and obstacles that could harm the wheels and avoid them. It has a great towing capacity, so it could help some other vehicles when in trouble.

Last, but not least, Kia Sportage SX Turbo AWD proves to be worthy as it has a glue like grip even on environments with a foot of snow on the road. It’s perfect for winter as its interiors are made to keep you warm and its storage capacity suits well with winter equipment and it has a fuel economy that will keep EPA happy as it runs almost 27 miles per gallon. Its default version doesn’t come with ice-proof tires, but the rest is just magic.

Looking for an off road adventure? Now you know the best machines to have them.